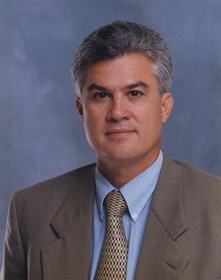 When box-office star Chadwick Boseman died at just 42 years old, it came as a shocking and tragic revelation to many Americans about the increasing and very real threat of colon cancer.

But a pioneering surgical team at Tampa General Hospital has been at the forefront of colorectal cancer treatments and screening for nearly two decades, realizing long ago the need for new and improved treatment options and screening guidelines. Jorge Marcet, MD, FACS, a nationally renowned colorectal cancer surgeon, and vice chief of surgery at Tampa General, has helped advance the treatment of rectal cancer as a leading researcher in two pivotal clinical trials – TIMING and OPRA – that have fundamentally changed and drastically improved treatments and outcomes for patients with this type of cancer.

First came the TIMING trial. Until then, the standard protocol was radiation with chemotherapy, followed by surgery and more chemotherapy. But the TIMING trial demonstrated that it was safe to delay the radical surgery, moving chemotherapy ahead of the operation. “We were able to show that the longer you waited to do the surgery for each cohort, the more chances there would be no cancer in the rectal specimen,” said Marcet, who also is a professor and director of the Division of Colon and Rectal Surgery at the USF Health Morsani College of Medicine.

After TIMING, Marcet, USF Health, and TGH became participants in the OPRA clinical trial, short for Organ Preservation in Rectal Adenocarcinoma. A recently published study on results from OPRA found that not every colorectal patient requires surgery. Patients exhibiting no residual cancer after radiation and chemotherapy are moved into a “watch and wait” stage. “It’s a non-operative treatment option that has been very successful,” Marcet said. “Close to two-thirds of patients in the trial are avoiding surgery. And that is huge.”

Tampa General was one of the highest enrollers in both clinical trials.

Physicians at Tampa General and USF Health have spent decades exploring alternatives to surgery that removed the rectum and diminished patients’ quality of life. In the 1990s, Tampa General was first hospital in the Tampa Bay area to adopt laparoscopic surgery and led the way in pioneering minimally invasive procedures for colorectal surgery including laparoscopic, robotic and trans-anal minimally-invasive surgeries (TAMIS). Dr. Marcet has trained hundreds of surgeons in these advanced procedures, which provide patients an early return to a productive life.

For Marcet, the breakthroughs underscore his team’s passionate commitment to patient care, teaching and research. But he knows that an important element remains heightening awareness, especially among at-risk populations. “Chadwick Boseman’s death was shocking to me and so many others,” Marcet said of the Black Panther actor. “But hopefully his name recognition has brought more attention to this terrible disease and resonate with people.”