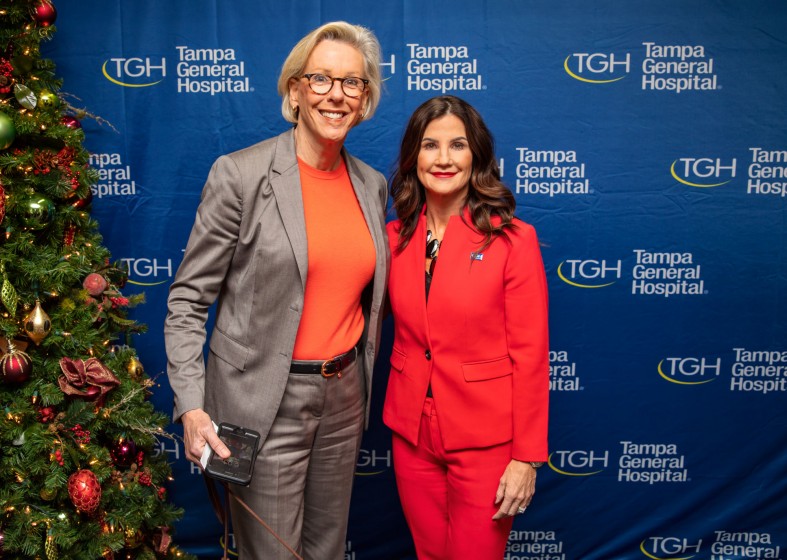 Women are building a better future for people in the Tampa Bay area by using their courage, vision and team-building abilities, several executives said at a women’s leadership event at Tampa General Hospital.

When Tampa Mayor Jane Castor got “the break of a lifetime” by winning an athletic scholarship to the University of Tampa, she vowed to pay it forward.

“I made a promise at that time that I would open doors for other young women, other young people, period,” she said.

As a young charge nurse supervising a busy ER shift, Kelly Cullen, now executive vice president and chief operating officer of TGH, also gained important insights as she was starting her career. “One of the best lessons I learned was the power of teamwork and collaboration,  and the impact that has on patients, families and the team itself,” she said. 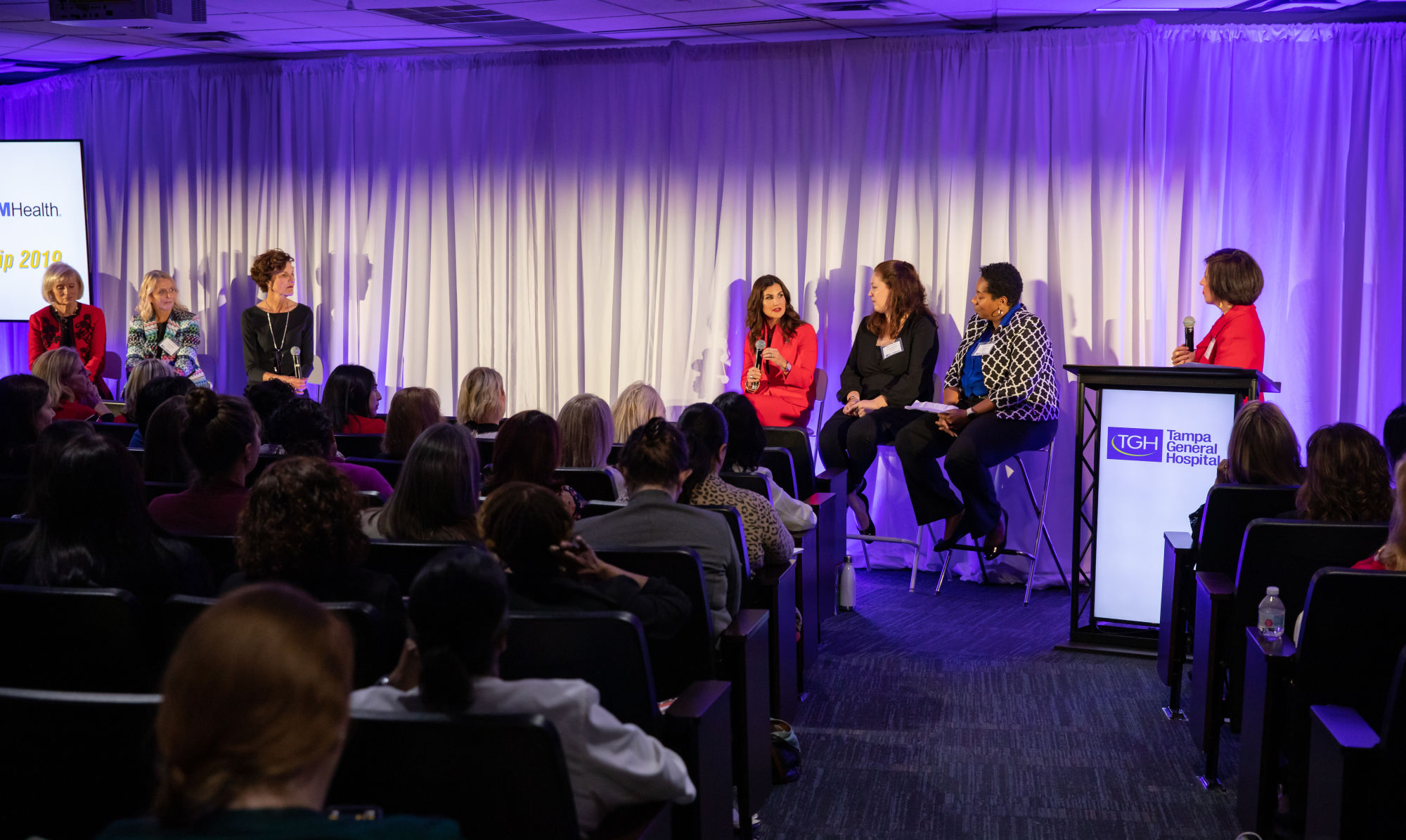 Cullen carried that lesson with her as she continued to rise in hospital leadership…“to this day my general philosophy is that if you take care of the team, the team will take care of the patients. The team is absolutely our most valuable asset.”

Hillsborough County Commissioner Sandra Murman, a former state legislator who rose to become speaker pro tem of the Florida House of Representatives, often has been surrounded by male colleagues in government. But “women are problem solvers,” she said. Women often have a knack for spotting solutions.  “You go to the people in the corners and you gradually kind of pull them to the center so that you can build consensus,” Murman said.

These were just some of the lessons shared before a crowd of more than 200 people in TGH’s MacInnes Auditorium.  The “Women in Leadership: Stepping Up to the Challenge,” event was held in December and sponsored by TeamHealth and TGH.

Castor gave the keynote address, and a panel discussion followed. Panelists included: Dr. Rebecca Barnett, facility medical director for TeamHealth at TGH; Cindy Coney, an internationally recognized speaker and former national board chair of the Lupus Foundation of America; Dr. Rachel Semmons, who is assistant facility director for the TGH Emergency Department and medical director for Tampa Fire Rescue;  Shirley Smith, who is director of the Office of Student Diversity and Enrichment at the USF Health Morsani College of Medicine; and Murman and Cullen.

Moderator Lissette Campos, an eight-time Emmy-winning journalist and community leader, asked the panelists about their backgrounds, their inspirations and their efforts to improve organizations and communities. Several mentioned their mentors.

One of Cullen’s most influential mentors Cullen said was her Aunt Claire, who was also a nurse.
“She taught me at a very early age to be confident, kind and caring. She’s the reason I became a nurse.”

Describing the culture inside the TGH Emergency Department, Semmons said, “If you could be a fly on the wall when we are about to get a bad trauma, you will often hear my team talk about how we are going to be quiet.  And it is done with intentionality. It is done so that we can communicate with each other clearly and we dial down the energy in the room. It helps us to focus on the priorities.”

How did she learn to display calm in a potentially chaotic situation?

“Well, my Mom’s a nurse and I think she modeled it for me,” Semmons said.

Experience also has been a good teacher for the women who spoke at the event.

Cindy Coney, who has battled the chronic illness lupus while also working as a speaker and patient advocate, said that, “I have lupus, lupus doesn’t have me.” She said her husband recently came up with a way of describing her approach: “Your philosophy is, just suck it up and go.”

Coney agreed, and said she knew that was true of many in the audience. “I suck it up and go, just like a lot of you do.”

Barnett said she was shy as a young physician, and it took her some time to learn the value in speaking up. She urged those in the audience to shrug off their shyness and assert themselves. “Just get on and do it and stop worrying about whether you’re good enough,” she said.

Smith said it can take time to rise in the hierarchy of an organization. But people can lead at any level, she stressed. One way is to mentor others.

“A mentor is a leader,” she said. “A leader inspires. A leader encourages. We all have the capacity to be that for someone else because someone behind us needs to know something we know. And if we start to think of ourselves in that way, we as women can create a wake that others can follow in.”

All of these women are making a difference in the lives of others, while helping to lead Tampa Bay into the future!