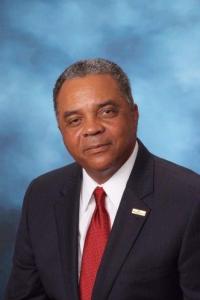 Tampa, FL (Feb. 17, 2015) – Consultant and former banker Gene E. Marshall has been appointed to serve on the governing board of Tampa General Hospital. Marshall is a founding board member and chairman of Northstar Bank based in Tampa. He also is a consultant with Success Sciences Inc. Marshall will begin his three-year term in March, according to John Brabson, chairman of the hospital’s governing board, Florida Health Sciences Center. Marshall worked for The Chase Manhattan Bank in New York City for 21 years. He moved to Tampa in 1990 where he built and managed bank processing centers in Tampa, San Antonio, TX, and Vancouver, B.C. He became a senior vice president of JPMorgan Chase in 1993 and retired in 2004. Marshall is active in the community and currently serves on the boards of the Straz Center for the Performing Arts, WEDU, the Caribbean American National Development Organization Inc., and the Council for Education Change based in Weston, FL. He also is chairman of the board of the University Area Community Development Corp, which works to improve the economic, educational, and social welfare of more than 40,000 residents of the University Area neighborhood in North Tampa. He holds an MBA in Management from New York University and a BBA in Finance from the Bernard M. Baruch College of the City University of New York.