How to put your nightmares to rest 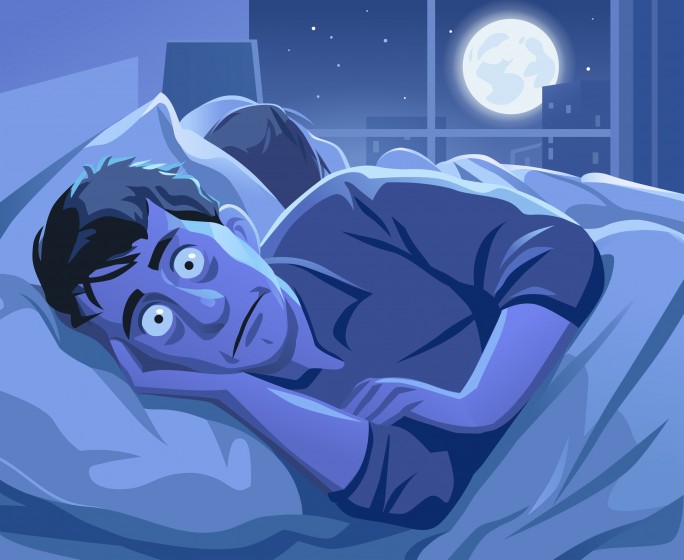 Even though monsters don’t actually live under our beds, real worries and fears can creep out of our subconscious minds as we sleep. At some point, everyone suffers from nightmares.

But why do we have nightmares on some nights and not others? Why do some people have more nightmares than others?

We often get nightmares when something disrupts our sleep cycles, said Dr. Sagarika Nallu, a Tampa General Hospital sleep specialist and assistant professor at the USF Health Morsani College of Medicine.

You might think people have two states - either asleep or awake, but sleep is actually more nuanced than that. Each night we go through different stages of sleep, including light sleep, deep sleep, and REM sleep.

We can dream in any of these sleep stages, but the dreams we remember generally occur in the stage called REM sleep, Nallu said. REM stands for rapid eye movement.

“For example, if you are in a very deep sleep, and you dreamed about something, you would have a hard time remembering that dream in the morning,” Nallu said. “But if you were in REM sleep, you would remember that dream very vividly.”

Many factors can disrupt a person’s normal sleep cycles, including alcohol, nicotine, certain medications, sleep apnea, restless leg syndrome and even the late-night glow of a cell phone.

“When you disturb your sleep or cause yourself to jump from one stage to another too rapidly, then you are going to cause yourself to wake up much more easily in the middle of the night,” Nallu said. “You will remember those dreams.”

That means the bad ones as well as the good ones.

This is why Nallu and other sleep physicians recommend a set of good sleep practices called “sleep hygiene,” which are designed to help people maintain natural sleep rhythms.

Other factors can trigger nightmares, such as watching scary movies before bedtime. People who suffer from anxiety, depression or substance abuse issues also are more likely to have nightmares.

It may sound strange, but a lack of sleep actually can lead to nightmares.

“The most common sleep disorder in all age groups, by far, is called insufficient sleep syndrome,” Nallu said. That’s a problem because getting too little sleep, night after night, disrupts normal sleep cycles.

“Just addressing that one simple thing can basically address so many other things, including nightmares,” she said.

Although everyone gets a nightmare sometime, Nallu estimates 1 or 2 percent have a nightmare disorder, or parasomnia, leading to repeated nightmares.

A formal sleep study can be helpful in these cases. In a sleep study, physicians such as Nallu investigate whether there is an underlying cause that triggers the nightmares. They also evaluate how the nightmares disturb a person’s sleep and what happens during the nightmares.

For example, people with a condition called REM sleep behavior disorder may wake up with bruises because they punched the walls while acting out in a dream.

Nallu, who is director of pediatric sleep medicine at Tampa General, said children also can suffer from repeated nightmares, or night terrors.

Parents don’t need to be overly worried about a child who has a couple bad dreams after watching a scary movie. But if nightmares are so bad that that children become anxious and afraid to go to sleep at night, possibly getting drowsy in school, “that’s a disorder which needs to be addressed.”

The nice thing is that kids’ nightmares don’t always last.

“It’s not uncommon for normal healthy children to have night terrors and then outgrow them,” she said.

Improve your sleep habits with these four tips

Turn off the cell phone an hour before bedtime. And the tablet and the television and any other electronic glowing thing. Your body is built to rise in the light and rest in the dark, even though our busy lives don’t make that easy. Nallu said her younger patients are especially likely to click and swipe at small screens late into the night.

“What we tell them is, even though you don’t believe this, that tiny light from that electronic device will interfere with your sleep hormone called melatonin,” Nallu said. “Once it’s disturbed you are going to have other sleep issues like having difficulty with falling asleep.”

Do something boring before sleep. Well, at least calming. As you prepare for sleep, it’s a great idea to wind down by reading or listening to music. But choose carefully -- the latest paperback thriller or heavy metal music download won’t exactly work like a lullaby. Look for something that calms you, not something that stimulates you.

Get enough sleep. And get roughly the same amount of sleep each night, so the rhythm of your sleep cycles stays relatively constant from night to night.

“People think that they can catch up on sleep on the weekends and deprive themselves of sleep during weekdays,” Nallu said. “But what happens is if you go to sleep very late and try to sleep in, it just pushes the sleep rhythm the next day to a different timing. The misalignment of circadian rhythm is one of the common things that leads to nightmares.”

Be aware of outside factors that may affect your sleep. If you are going through a rough patch, such as dealing with a sick relative or a busy time at work, that’s going to be stressful. Stress, anxiety, depression, substance abuse and many other factors can make it difficult to sleep restfully, even when you’re doing everything else perfectly. In these conditions, it’s even more important to do everything possible to practice good sleep hygiene.