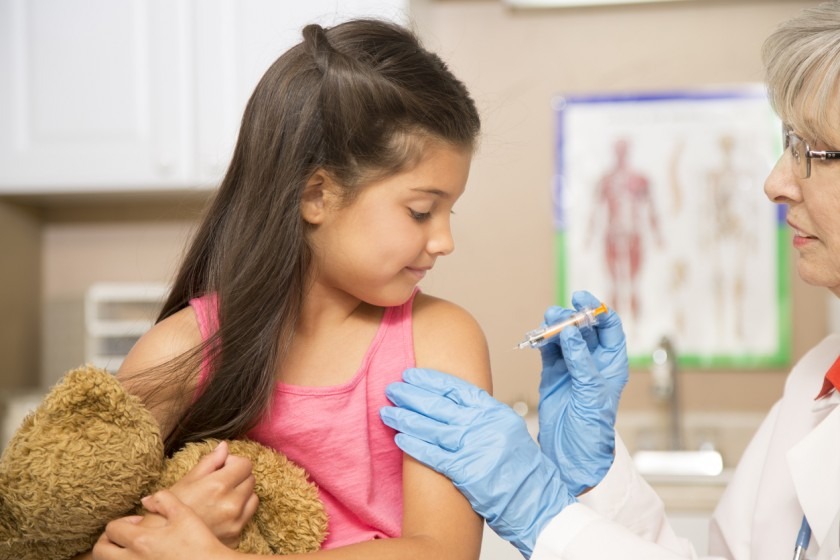 Fall means more than pumpkin spice. It also marks the official arrival of that annual fall goblin – the flu. So it’s time to protect yourself and others.

“Now is the time to get the flu shot. It’s ideal to have it by the end of October since it takes two weeks to build immunity,” said Nancy Epps, RN and Employee Health Clinician at Tampa General Hospital.

Immunity from the shot lasts about six to eight months. The flu season runs from about now until the end of March. Peak season for Florida includes January and February.

The effectiveness of the flu shot changes each year, depending on how well the vaccine matches the type of flu viruses circulating during flu season. But the federal Centers for Disease Control and Prevention says the flu vaccine generally reduces your risk of getting the flu by about 40 to 60 percent.

“The flu is a virus and it’s smart, so it keeps changing,” Epps said. That’s why scientists change the vaccine each year.

Flu symptoms usually keep people home and away work for about four to six days. The flu shot can reduce that duration significantly.

“[The vaccine] does allow you some protection and you’ll have less symptoms and you’ll get over it quicker,” Epps said.

She recommends anyone older than six months get the flu shot, but many people choose not to.

“So many people don’t get it because they say they don’t get sick,” Epps said. “Healthy people can still transmit it to others. There are plenty of people who could have complications from the flu and it’s important to protect these people.”

It’s called herd immunity, healthy people taking steps like getting the flu shot in order to protect the community as a whole. Infants, pregnant women, people with compromised immune systems, and the elderly are at high risk for complications from the flu virus. Protecting the people who come in contact with them can decrease their chances of becoming infected.

“If everyone around that at-risk person gets the vaccine, that person is protected,” Epps said.

There are four different versions of the vaccine: a shot, a nose spray, an egg-free shot for people who are allergic to eggs, and shots with higher doses. Recommendations are for anyone older than age 65 to get a vaccine with a higher dose to increase efficacy and give an extra boost to the immune system.

No matter which vaccine you choose, you won’t get the flu from it. The virus inside the shot is dead, but you may have a bit of soreness around the shot site or other symptoms like a headache or a low-grade fever.

“All of that is symptoms of your immune system activating. People think it’s the flu. That’s not the flu,” Epps explained. “Getting a vaccine activates your immune system. It kicks into high gear to build antibodies. [Your body] recognizes foreign material and sends immune system cells to that area to fight it. You don’t get the flu from the flu shot.”

Even with the shot, Epps advises people use other prevention methods like sneezing or coughing into an elbow instead of a hand and washing hands regularly. But those techniques will not keep you from getting the flu. According to Epps, there’s only one way to do that.

“The flu vaccine is the only way to prevent the flu.”