Afraid to fly? Here’s how to leave your fears on the ground 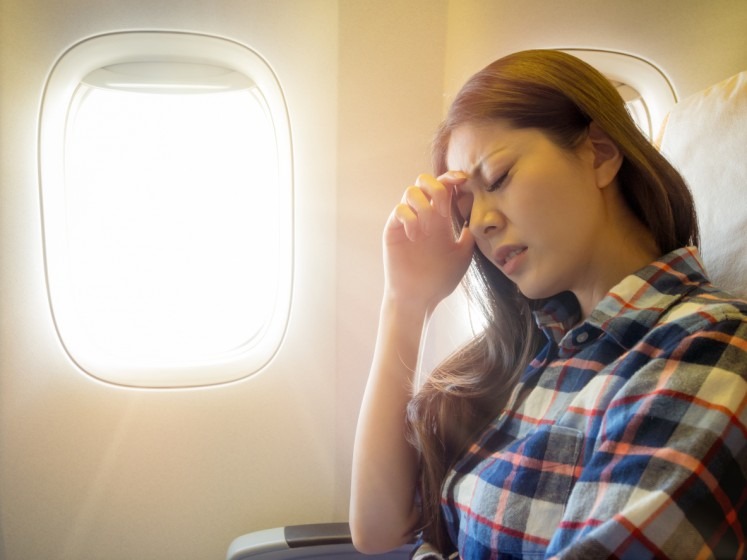 Flying the friendly skies isn’t for everyone.

Just the thought of boarding a plane can send some people into physical distress, from sweaty palms to panic attacks to a dangerous spike in blood pressure. As summer approaches, that fear can make traveling difficult.

“It’s a fight-or-flight response. It’s there to keep you safe,” says Dr. Jennifer Fulcher, a licensed clinical psychologist at Tampa General Hospital. “Think of it as a protective mechanism. It exists for a reason, but sometimes it can spin out of control.”

For fearful fliers, the recent fatal air tragedy on Southwest Airlines when a passenger was nearly sucked out of a shattered window following an engine explosion only triggered more anxiety. The mother of two died of blunt force injuries.

Still, it’s helpful for fearful fliers to look at the facts.

How many times have you heard that it’s safer to fly in a plane than drive in a car? Well, statistics bear that out.  The Southwest incident was the first passenger fatality on an U.S. (might confuse this with American Airlines) airline since 2009. Almost 100 million U.S.-operated flights carrying several billion people had taken off and landed safely in nearly a decade.

But common sense doesn’t always ride along with you. If you experience some nervousness about flying, you’re not alone. It’s estimated about 25 percent of all Americans get a little uptight about air travel. About 6.5 percent of the population, or roughly some 20 million people, have fear severe enough to be considered a true phobia, known as aviophobia.

That fear of flying actually may be rooted in other related phobias, such as fears of heights, closed-in spaces, or strangers.

The good thing about phobias, Fulcher says, is that they’re treatable. She suggests seeking help from a trained professional who can provide specific techniques to help overcome fears. That could include counseling, using virtual reality tools to simulate a flying environment, or hypnotherapy.

Another option: Enroll in an online course designed to help you face your anxiety over flying head on. One of the most established programs is SOAR, founded in 1982 by airline pilot and licensed therapist Tom Bunn. For the first several years, classes were held in airports around the country; now the program has a much wider reach through a series of DVDs, online viewing and individual counseling by telephone.

Fulcher understands those who have even a mild form of apprehension and angst about flying. After all, “they’re putting their lives in the hands of strangers” and defying gravity as the plane heads skyward. Any sense of control they had on the ground instantly goes away.

“There’s more security in the car. If you’re not feeling safe, you can pull over and get out,” she says. “That option is out with air travel.”

Fulcher has a few suggestions where you can take control. They include:

If you’re traumatized by turbulence, or you’re bothered by all the odd sounds created by airplanes, take this, ahem, crash course in sound effects by Smithsonian magazine, which explains every little noise you might hear inside the cabin.. A little understanding goes a long way in helping you feel more secure and at ease, even when the flight gets a little bumpy.

As for Fulcher, she doesn’t have any fears about flying. But when her husband opened his laptop on a recent flight and asked her if she wanted to join him in watching a movie he had downloaded, she politely declined.

“It was about a plane crash,” she said. “I just had to draw the line at that.”