Battle of the sexes: Is “man flu” for real? 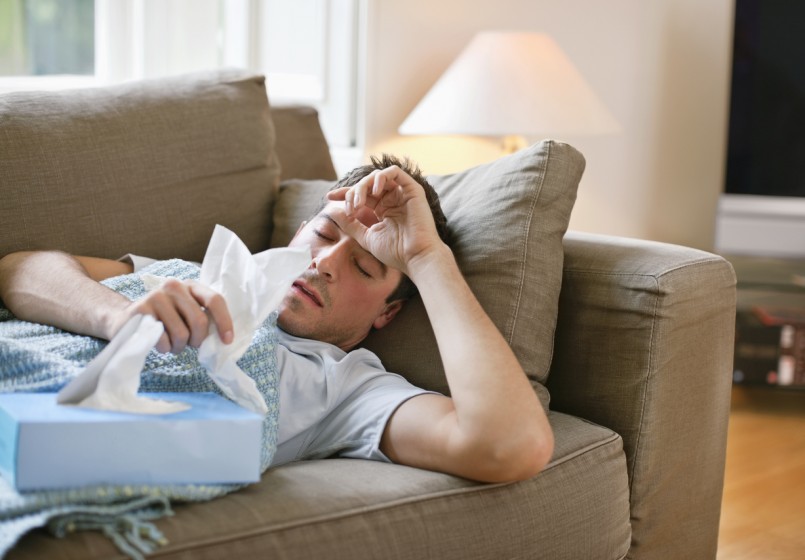 Man Flu: A cold or similar minor ailment as experienced by a man who is regarded as exaggerating the severity of the symptoms.

Man flu. That’s what my wife calls it when I’m laid up on the couch, endlessly moaning about my cold symptoms. Uuuuggghhh, I’m dying.

Have you noticed that when men catch a cold, they tend to make a bigger deal about it than women do? With males, the sniffles and stuffy noses bring lots of whining and complaining and lying around. This phenomenon is called “man flu,” a delightfully British term that’s been imported to North America.

But here’s a profound medical question for our times: Could man flu be real? Do men actually feel worse than women when they get sick? In other words, has all of my pitiful male suffering been mocked for nothing?

One Canadian medical researcher -- one bold hero, one fearless crusader for justice -- vowed to find out. And his report, published in the BMJ medical journal, suggests that man flu, in fact, has some basis in biology.

Much as I would like to blindly believe the study results, I turned to a Tampa General Hospital expert to get some perspective. And she raised some doubts.

Dr. Nancy Rihana, an infectious disease specialist at TGH and an assistant professor in the USF Health Morsani College of Medicine, is among those who argue that there’s too little evidence to say that man flu really exists.

Among other things, she’s unimpressed with a number of the studies cited in the BMJ report. “Some of them are self-reported surveys,” she said.

That brings us back to our courageous man flu researcher -- Dr. Kyle Sue, an assistant professor of family medicine at Memorial University of Newfoundland in Canada.

Saying he was “tired of being accused of overreacting” to illnesses, Dr. Sue started his noble, selfless quest. He tracked down every study he could find that might suggest that men suffer from colds more than women do.

He explored whether men might be “immunologically inferior” to women.

Back at Tampa General Hospital, this winter was an exceptionally busy flu season, with more than double the cases compared to last year, Dr. Rihana said. But she didn’t see male patients being hospitalized more often than female ones.

If there’s really some kind of flu gender gap, she explained gently, it may not be for biological reasons. It may be because women are more likely to wash their hands.

(Studies consistently show that women are better at handwashing, which helps prevent the flu and other infectious illnesses.)

“As an infection prevention specialist, I can tell you that females usually take more preventative measures than males -- hand washing, good nutrition, vaccinations,” Dr. Rihana said. “And they go to the doctor when they’re sick.”

Ah, yes. They go to the doctor when they’re sick. There it is! The true difference between the sexes.

Speaking as a male, I can confirm that men won’t go to the doctor even when they’re sick. At least, they’re less likely to.

That would be unmanly or something. We never ask for directions or read the instruction manual either.

This is an important distinction because these days, flu is typically treated with the antiviral medication Tamiflu. And to be effective, Tamiflu should be taken within 48 hours of the flu symptoms first appearing.

“You need to seek medical care in a timely fashion,” Dr. Rihana said. “A male usually sits on it and waits it out -- ‘I’m strong, I don’t need a doctor’ -- while a woman is more likely to seek care immediately.”

In conclusion, I think the message here is that women are smarter, wiser and biologically superior to men.

And as a guy, I think I kind of knew that already.