Going to Gasparilla? Here are five things to know 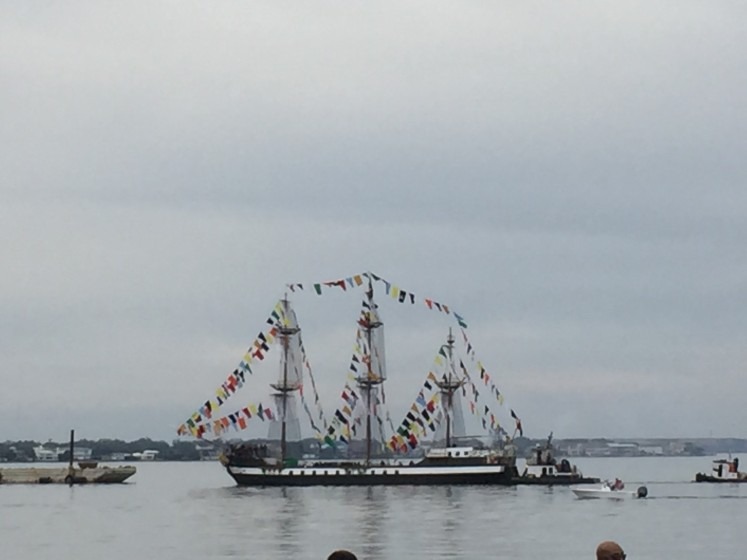 Ahoy, it’s Tampa’s annual Gasparilla Pirate Fest: So many colorful pirate outfits. So many necklaces of beads tossed from parade floats. So many adult beverages consumed.

And so many hangovers. So many.

Here in the Tampa Bay area, Gasparilla is right up there with New Year’s Eve and St. Patrick’s Day when it comes to the sheer number of hangovers left in its wake every year. This year, with Tampa hosting the NHL All-Star Game, there's even more to celebrate on Saturday.

With the Gasparilla parade happening on Saturday, we spoke with Dr. David A. Wein, medical director of Tampa General Hospital’s Emergency Department, about ways to prevent hangovers and about other alcohol-related health topics.

Wein has been working in emergency rooms since 2004. Believe us, he’s seen everything.

How to prevent a hangover

The only surefire way to avoid hangovers is, obviously, not to drink alcohol in the first place. But if you’re going to drink, do it in moderation. Avoid binge drinking.

Stay hydrated. Alcohol consumption dehydrates you, and dehydration is a leading cause of hangovers. A tall glass of ice water or two should improve your odds.

“This is especially important on a day like Gasparilla, which involves very prolonged drinking for some. People are going to be drinking all day,” Wein said. “Make sure you’re eating and drinking plenty of non-alcoholic fluids, like water or Gatorade. If it’s hot outside and you’re thirsty and you just continue to drink alcohol, you’re going to become dehydrated.”

If you get too drunk, you’ll be at risk of alcohol poisoning. A number of factors can increase or decrease your risk, including: your weight, overall health, and tolerance level; whether you’ve eaten anything; your rate of alcohol consumption; and how much alcohol is in your drinks.

“In the Emergency Department, we see a lot of people who have clearly not made good decisions that day,” Wein said. “Occasionally we’ll see someone with severe alcohol poisoning, to the point where their families are worried about them, or they’re having difficulty breathing and responding on their own.”

Symptoms of alcohol poisoning include vomiting, confusion, slow or irregular breathing, and if the individual has passed out and can’t be awakened.

When to seek medical help

The decision to get your intoxicated friend or relative to the emergency room can be a difficult one to make -- partly because the person making that decision is often intoxicated themselves,  Wein said.

A rule of thumb: Anytime you’re concerned that someone is having an emergency, you should seek help. Mental alarm bells should be going off if your friend is vomiting uncontrollably, or if they’re unconscious and difficult to rouse. If you suspect something is wrong, don’t wait. Call 911.

“Use some basic common sense. People are generally pretty intuitive,” Wein said. “If you’re thinking, ‘I’ve seen my spouse drunk a whole bunch of times, but this time doesn’t seem like that,’ it’s always better to seek care.”

Here’s another important medical point. Be aware of how alcohol might interact with any medications that you’re taking.

“If you’re taking medication for diabetes, and you’re drinking and not eating any food, you may end up with a medical issue,” he said.

As a veteran ER physician, Wein has too often seen the violent effects of drinking and driving. He emphasizes that, with the increasing popularity of ride-sharing apps, there’s no excuse for getting behind the wheel when you’re intoxicated.

“In this day and age, there’s never a reason to drive drunk,” he said. “Not in this time of relatively easy transport, with Uber and Lyft.”

As we mentioned, 14 years of duty in hospital emergency rooms have shown Wein all the things that can happen when people drink too much.

All of those things are bad. So celebrate responsibly.