Protect yourself from this year’s severe flu season 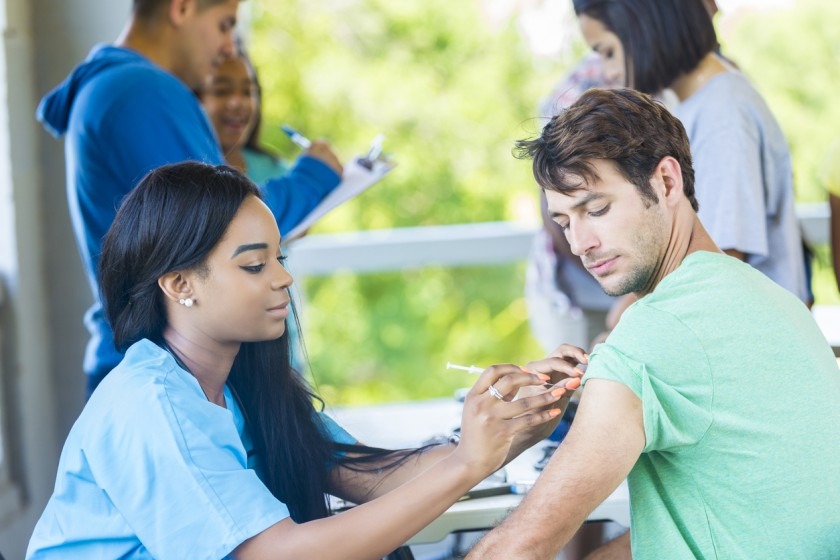 That’s the advice of medical experts who warn of a nasty, lingering flu season in Florida and around the country. Less than half of all Americans get vaccinated every year, but it’s still the best way to ward off catching the flu virus, especially when the number of confirmed cases is rising rather than decreasing.

We’re not talking about a common cold ─ influenza is a killer.

“It can be very, very deadly,’’ said Dr. Jamie Morano, an infectious disease specialist at Tampa General Hospital and the USF Health Morsani College of Medicine. “The flu is serious.’’

Influenza is now categorized at the highest level of “widespread’’ throughout the state, according to the Florida Department of Health , and reported cases in Hillsborough County remain above the average. At least three Florida children have died from the disease this season, and Calvary Christian High School in Clearwater had to close after nearly 100 students and five teachers called in sick with flu-like symptoms.

The culprit is H3N2, a strain in circulation for more than 50 years and once called the Hong Kong flu. It was particularly virulent in 1997 and 2003. Now it’s back with a vengeance across the country.

The federal Centers for Disease Control and Prevention (CDC) keeps a national “flu graph’’ that shows influenza virus activity, which usually can vary from state to state. This year, however, the graph indicates widespread activity of the H3N2 strain in almost the entire United States.

“It’s in a lot of places and causing a lot of flu,’’ CDC Influenza Division Director Dr. Dan Jernigan said in a statement.

In Florida, the number of people with flu-like symptoms going to hospitals or urgent care facilities is 2 percent higher than the peak of 2014-15, the last heavy flu season.

So, why is this such a bad spell?

First, the H3N2 is a particularly potent strain of influenza A and has a way to “adapt’’ to its environment quickly, which means the vaccine designed to fight it can be less potent. “The vaccine for this strain may not be as effective as we had hoped,’’ Morano said. “The CDC estimates current effectiveness against H3N2 at 32% percent.’’

Second, another flu strain, H1N1, has appeared alongside H3H2, adding to the number of people falling ill, according the medical experts. Third, too many people avoid getting a flu shot, which means the virus has a free ride in infecting more hosts.

“The flu is especially deadly for women in pregnancy, young children, and the elderly,’’ Morano said. “Even if you’re healthy and do not have severe flu symptoms, you can give it to a close relative, friend, or colleague who may have a more vulnerable immune system ─ with devastating consequences.’’

Avoiding the shot and contracting the influenza virus can lead to more than feeling terrible for weeks: the cost of all those over-the-counter medicines, a ruined vacation, lost work days, and maybe a visit to the hospital. Total it all up, and this year’s flu season will cost U.S. businesses about $15 billion in lost productivity, according to the CDC.

“So we need to stress the importance of prevention: frequent handwashing, influenza vaccination, and wearing a mask if you are experiencing flu symptoms and around others.’’ Morano added. “We need to emphasize the importance of the vaccine.’’

In the case of contracting influenza A, antivirals such as oseltamivir (brand name Tamiflu® ) can be life-saving, especially for those with weakened immune systems who may not have mounted a good response to the vaccine, Morano said.

Health officials say between 15% and 40% of the population gets sick from influenza every year, and an average of about 36,000 people die.

The worst flu outbreak in recorded history happened in 1918, when a pandemic of the H1N1 virus infected an estimated 500 million people around the world, and killed somewhere between 50 million and 100 million. It’s considered among the most devastating health disasters of all time.

How do you know if you’ve got the flu?