Why do we like Halloween? It tickles the primitive parts of your brain 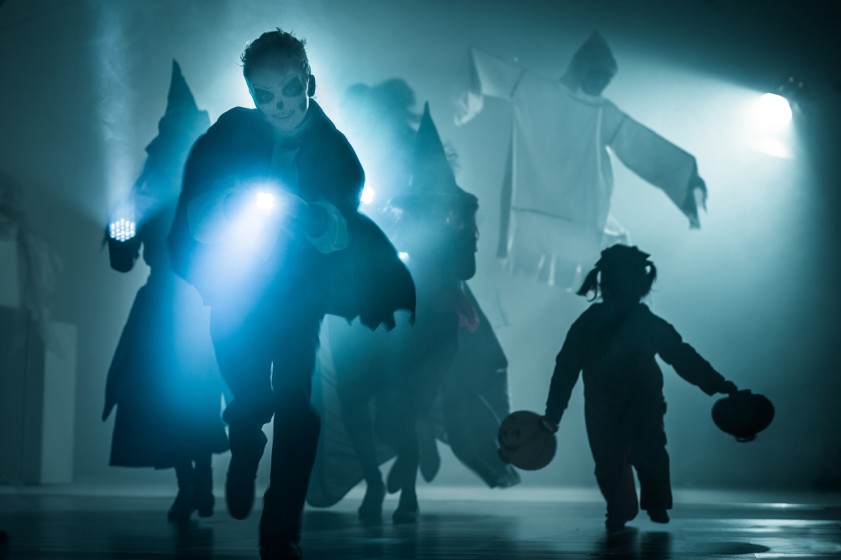 Now that Halloween is here, let’s brush aside the spider webs and skeletons and ask ourselves a spooky question.

Why do we like Halloween so much anyway? Why do we seek out creepy, eerie things? Why do we go to horror movies and haunted houses and Howl-O-Scream at Busch Gardens?

Psychiatrists and psychologists at Tampa General Hospital can tell you why.

It’s because we like to stimulate the most primitive parts of our brains and treat ourselves to a little snack of adrenaline and dopamine. It’s exciting! Oh, but we like to do it safely.

“We like to feel that old, primordial part of the brain fire. It pumps out adrenaline really quickly,” said Dr. Kim Hartney, chief of Psychiatry at TGH. “Engaging that primitive part of the brain makes us feel alive.”

Let’s say you pay good money to walk through a “haunted house” attraction with your friends. A cast member in gruesome zombie makeup jumps out of a darkened corner and startles you. “Raaaaarrggh!”

What you’re doing here is tickling your amygdala, an almond-shaped cluster of neurons in your brain. It’s part of the limbic system, a section of your brain that rules your emotions.

It’s what tells your brain and body to be afraid, triggering your “fight or flight” reflex, said Mike R. Schoenberg, PhD, ABPP, a licensed psychologist on staff at Tampa General and professor of Neurosurgery at the USF Health Morsani College of Medicine.

Your heart beats faster, your muscles surge with blood and tighten up, your pupils dilate, your palms sweat. Your brain is suddenly super alert.

The amygdala came in awfully handy back when we were all cavemen. “It’s what made us run from the lions,” Dr. Hartney said.

Fair enough. But the question remains, why on earth do we enjoy this? You wouldn’t think that humans would like being afraid.

Here’s the key: When you’re tiptoeing through that haunted house or watching that slasher film, there’s a different part of your brain telling you that it’s okay. You’re not really in mortal danger.

This newer part of your brain, the neocortex, is the home of higher-order cognitive functions, Dr. Hartney said. It’s what separates us from animals. “It tells you, ‘Oh, we’re in a movie theater right now. It’s just a movie. It’s not real, it’s fine.’”

You get the exhilarating sensation of being scared, without the unpleasant feeling of actually fearing for your life.

One other factor: Your neocortex, with all its fancy thinking powers, will react quickly to reassure you that you’re okay. But it’s a step slower than your primitive old amygdala, which reacts first, Dr. Schoenberg said.

“You might see someone initially scream or jump away from a scary part of a haunted house,” Dr. Schoenberg said, “but within a second or so, the person will start laughing and the initial 'flight' behavior is inhibited.”

So that’s why we like a good fright. That rush of adrenaline and the neurotransmitter dopamine charges us up and makes us feel alive.

That’s why we seek out thrills. It’s why we ride roller coasters and jump off diving boards and go bungee jumping and drive too fast and watch “The Shining” or “Saw 3D.”

Dr. Schoenberg notes that today’s roller coasters and other scary rides are descended from Russian ice slides that debuted in the 1700s. You see, we’ve always been this way. It’s why villagers in Eastern Europe started passing down folk tales about vampires centuries ago.