Stronger bones: start with just a minute a day 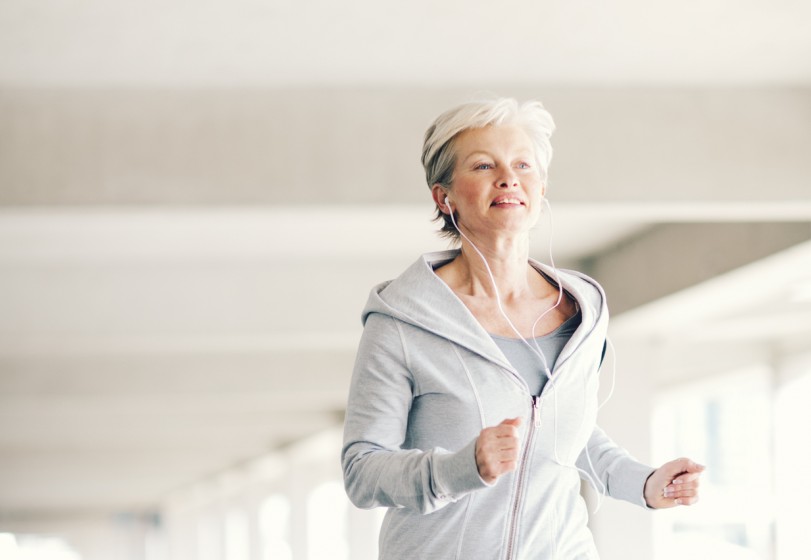 What if doing something for just one minute a day could improve your health as you age?

Women who did an average of 60 to 120 seconds of high-intensity, weight-bearing activity per day had 4 percent better bone health in their study.

Simply put, that means adding a medium-paced run or slow jog for one to two minutes to your brisk daily walk.

Researchers compared activity levels of 2,500 women as measured by wrist monitors and compared it to bone health using an ultrasound scan of heel bone.

“Think of it as if you’re running a block to catch a bus,” said Dr. Joyce Thomas, a primary care physician with Tampa General Medical Group’s Family Care Center in Trinity. “Every little bit helps.”

Strong bones protect organs, provide structure, anchor muscles and store calcium. As people age, they are more at risk for osteoporosis, a weakening of bones caused by an imbalance between bone building and bone destruction.

Some 44 million Americans over 50 suffer from this disease or low bone mass – which is more than half the population in that age group. Women are at greater risk because they have less bone tissue. So are extremely thin people with a body mass index of 19 or less.

The cost of weak bones? You’re more at risk for fractures and breaks, which take longer to heal the older you get. The average adult over 50 needs 1,200 milligrams of calcium a day – taken in two separate doses because the body can only absorb so much at a time - for optimum bone health, Thomas said. Keep in mind that a single glass of low-fat milk only provides about 300 grams, or one-fourth, of the recommended level.

And don’t forget the Vitamin D, also imperative for strong bones. Depending on your age, you need 400 to 1200 IU (international units) a day. Sun exposure will provide some of that, but again, as people age, skin absorption is less efficient, Thomas said.

Here are some tips from both Thomas and the Cleveland Clinic to keep brittle bones at bay. They include:

“Again, if you’re prone to fractures, or if your mother had osteoporosis, I don’t want to put off this test,” she said. “It serves as a great starting point to measure bone loss over time.”

Other people at risk: Those who have a history of using steroid medications, anti-seizure medications or aromatase inhibitors, all which are damaging to bone.

The problem with bone health is that you “generally don’t have any symptoms” until you break or fracture one, Thomas said.

“The earlier you adopt these good habits, the better it is for your bones,” Thomas said. “Be good to them. They’re important to us, especially as we age.”