Wait, a vending machine can help make you skinnier?? 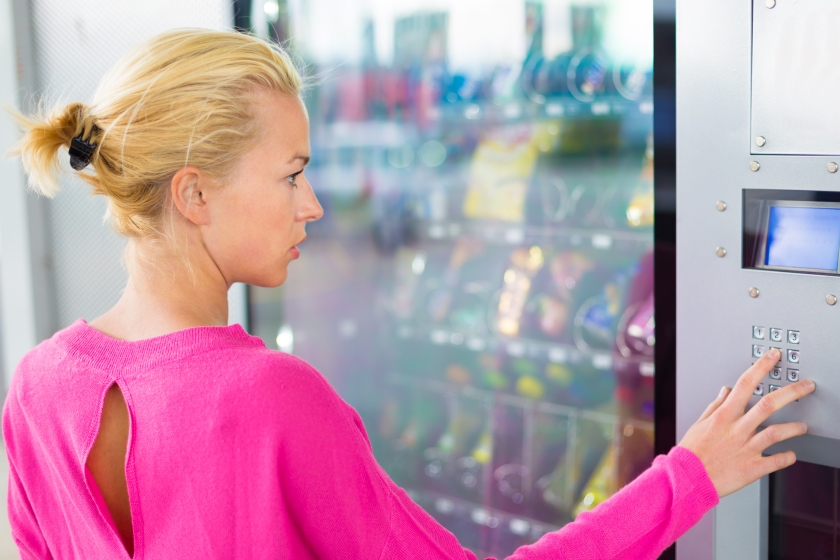 Think of it as a “time tax,” suggests NPR.

The result? About a 5 percent increase in healthy snack sales every time the delay was implemented. Over time, that adds up.

Researcher hope to find 2,000 volunteers to receive doses of an experimental vaccine for the Zika virus as testing of the vaccine moves into its next phase, reports the Washington Post. Researchers are trying to develop a vaccine as quickly as possible, and federal officials are already discussing how to distribute one on an emergency basis if another outbreak occurs.

As warmer weather returns, federal officials are warning people to take preventive measures to avoid bites from mosquitoes that may carry the virus, which has been linked to serious birth defects.

Why does breathing slowly help calm you down? Researchers in California have identified a specific group of neurons in the brain stem that induce feelings of serenity, reports Scientific American.

If reading about calm isn’t soothing enough, check out this video.

And finally, if you’re a soy nut butter fan, this is not your week. Illness caused by contaminated soy nut butter and granola bars has spread to Florida, the federal Centers for Disease Control and Prevention reported this week.

About 29 people have been reported sick across 12 states after eating products contaminated with the E. Coli 0157:H7 bacteria. Most people report such symptoms as stomach cramps, diarrhea and vomiting, but in severe cases, can suffer kidney failure.

The recalled products are:

This Week in Health is our roundup of health headlines across Florida and the nation.