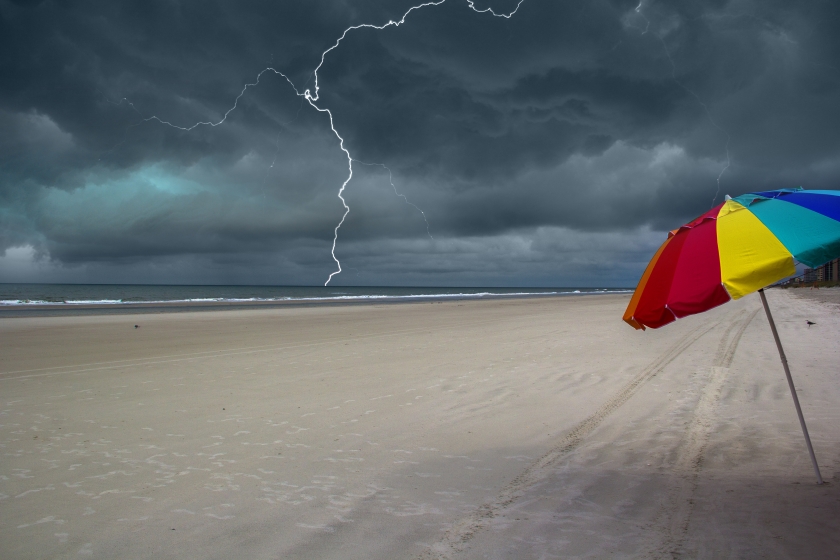 Here in Tampa Bay, we get so much lightning that we named our pro hockey team after it.

Legend even holds that Tampa meant “sticks of fire” in the language of the Calusa, a Native American tribe who lived near here.

Although Tampa Bay sometimes gets called the “Lightning Capital of the World,” there’s a stronger argument for calling us the Lightning Capital of the United States, based on the astounding number of thunderstorms we get every summer. Because of Tampa's unique geography, Florida averages 5 deaths and nearly 20 injuries per year from lightning strikes.

Now, we’ve all been told how to protect ourselves from lightning strikes: If you hear thunder, get inside. Get out of the water, get off the golf course. Take shelter.

But what if someone actually gets struck by lightning? What then?

Picture it: Your friend or family member has just been struck by lightning. What you do in the next few minutes could determine whether they live or die. What are you supposed to do now?

Here are four things to know:

1. It’s perfectly safe for you to touch the lightning strike victim. You won’t get shocked or anything. But first, make sure it’s safe to even approach them.

“If it’s not safe for you to go get them -- if the lightning has started a fire or what have you -- you don’t want to put yourself in danger,” Dr. Wein said. “Then you just end up with two victims instead of one.”

2. Call 911 immediately. Move the victim away from water and metal if you can. There may soon be another lightning strike in the area. Try to get them (and you) to shelter if possible.

“If they’re awake and talking to you, they don’t need CPR. You should still call 911 and get them to a hospital,” Dr. Wein said.

“But if they don’t have a pulse, you want to start chest compressions right away.”

Don’t wait. Don’t hesitate. Step up and do it. Every minute that passes without CPR lessens the victim’s chances of survival.

You’ll be doing compressions on the person’s chest to maintain blood flow throughout the body. You don’t have to give any breaths to the patient, and 911 dispatchers can coach you if needed.

Shoot for 100-120 compressions per minute, about one every half-second.  Keep it up until paramedics arrive. If you get tired, get a person to take over. 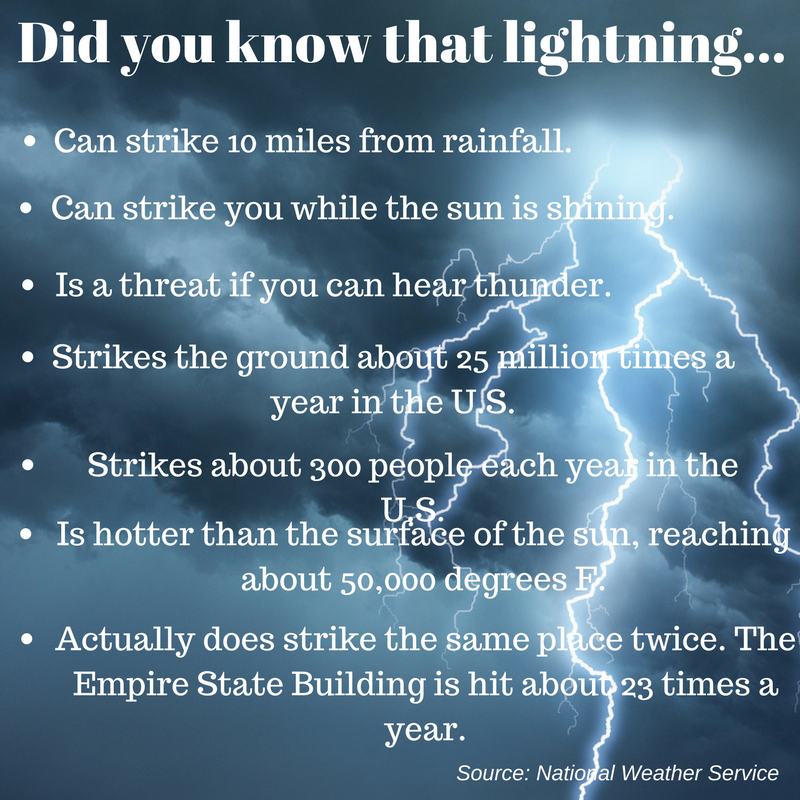 with Tampa General Medical Group. “CPR training is great, but untrained bystanders can and do save lives by performing CPR.”

Just ask these Ohio college students. When one was struck by lightning last year, the other saved his life by performing CPR. In Clearwater last summer, two teenagers survived being struck by lightning on the beach after a pediatric nurse witnessed the strike and performed CPR on one of the boys until EMS arrived.

4. If the person isn’t responsive, don’t give up. Most lightning strike victims survive. Again, start CPR.

Because many lightning strike victims are younger and in better health than most cardiac arrest victims, they have a surprisingly high survival rate if they receive CPR.

“If their heart was healthy, they have a good chance of surviving if you take care of them,” Dr. Wein said. “They have better odds of survival than patients who have cardiac arrests due to other problems.”

That’s even true in cases where there are multiple lightning strike victims.

One final note about protecting ourselves from lightning strikes:

A Florida lightning storm is serious stuff, with thunder clouds filling the sky and lightning bolts zapping this way and that.

That’s why you shouldn’t rely on the old-time method of determining how far away the lightning is. You know, the method you were told about when you were a kid: When you see the flash of lightning, start counting until you hear the thunder.

“That counting thing is not reliable,” Dr. Wein said. “When you hear thunder, get out of the water and go inside.”