Why can’t you read this? Your eyes are aging 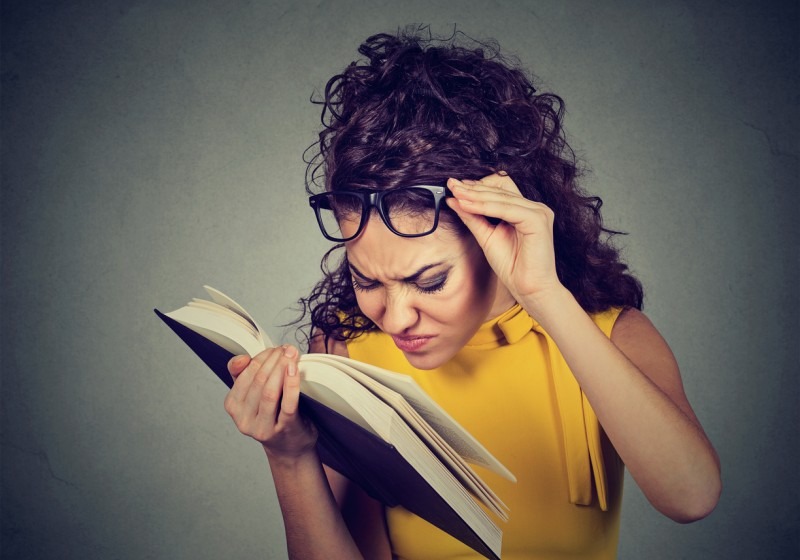 The only things certain in life, the saying goes, are death and taxes. Add one more to the list: eye aging.

The most common vision problem as people get older is a loss of ability to focus on close objects.

The changes typically begin at about age 40.

“When we’re younger, the lens inside the eye can change shape. As we get older, that lens doesn’t change shape so well,“ Drucker said.

Because of the hardening of the lens, the eye cannot go back and forth from seeing distance to seeing close-up, so the ability to do things like read becomes difficult.

Reading glasses are the answer.

“A lot of people call them cheaters, but they are actually magnifiers that allow you to see up close,” Drucker said.

Using them – or refusing to do so -- won’t affect the rate at which your vision changes.

“Delaying getting reading glasses won’t hurt your eyes,” he said. Nor will using readers make you more dependent on them. Using them “just makes you aware of something better, it’s just that you prefer seeing better,” Drucker said.

It’s like going back to standard definition television after seeing things in high definition.

“You have a better picture.”

Since the lens continues to harden as people get older, they will need stronger reading glasses every three to five years, Drucker said.

But one pair of readers might not solve all problems.

Some people need a separate pair of glasses for a computer,” Drucker said, adding the distance to the computer screen is different than when someone is trying to read a book. Many people end up with neck and arm pain because they tilt their heads backwards so they can see the screen better.

Getting a different pair of computer glasses is a simple fix, but often people don’t realize that vision problems are causing other symptoms, Drucker said.

“Many people wind up going to a neurologist when all they needed was a separate pair of glasses just for the computer,” Drucker said. “Most people would not think that a neck ache is tied to their eyes.”

While people don’t need a prescription to buy a pair of reading glasses, Drucker recommends seeing an eye doctor every year after the age of 40. Aging eyes are at higher risk for certain diseases as well.

“You don’t want to miss something,” Drucker said, explaining that macular degeneration is the most common eye disease impacting people over the age of 50. It involves the loss or central vision.

Another common eye disease, glaucoma, is caused by increased pressure in the eye, results in the loss of peripheral vision. A visit to the eye doctor is the best way to find these diseases in the early stages, when treatment options are best.

“Glaucoma is a silent blinder. You don’t notice the pressure going up,” Drucker said.

For reading and minor vision issues, seeing an optometrist is fine, Drucker said, but diseases such as glaucoma and macular degeneration require the care of an ophthalmologist, a medical doctor who specializes in eye care.

Unfortunately, research scientists have not found anything that will prevent the eye from aging, Drucker said. Filters on electronic devices that block certain light waves and eye exercises are popular, but “nothing has been proven scientifically. There is nothing that we know of that works,” he said.