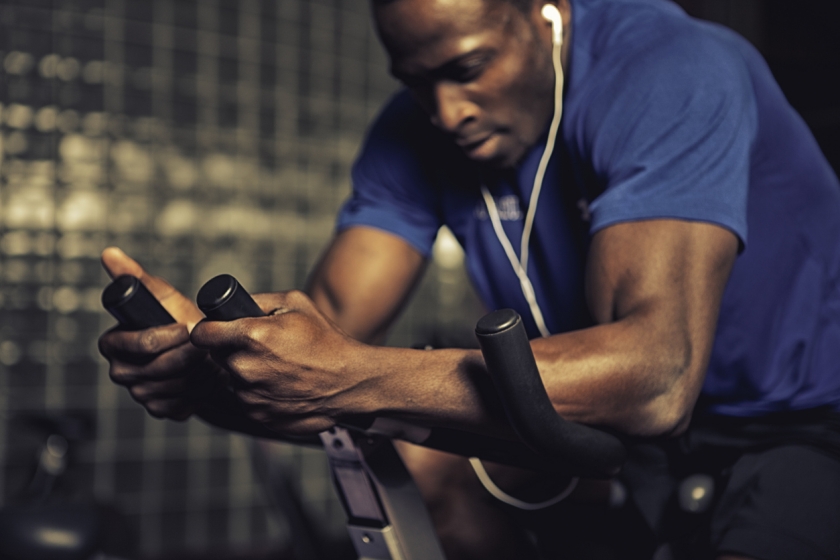 When you do high-intensity workouts, you might expect pain.

You may even expect some nausea.

Those symptoms could mean you’ve acquired a rare but life-threatening condition called rhabdomyolysis, or “rhabdo” for short.

And you need to seek medical attention immediately. 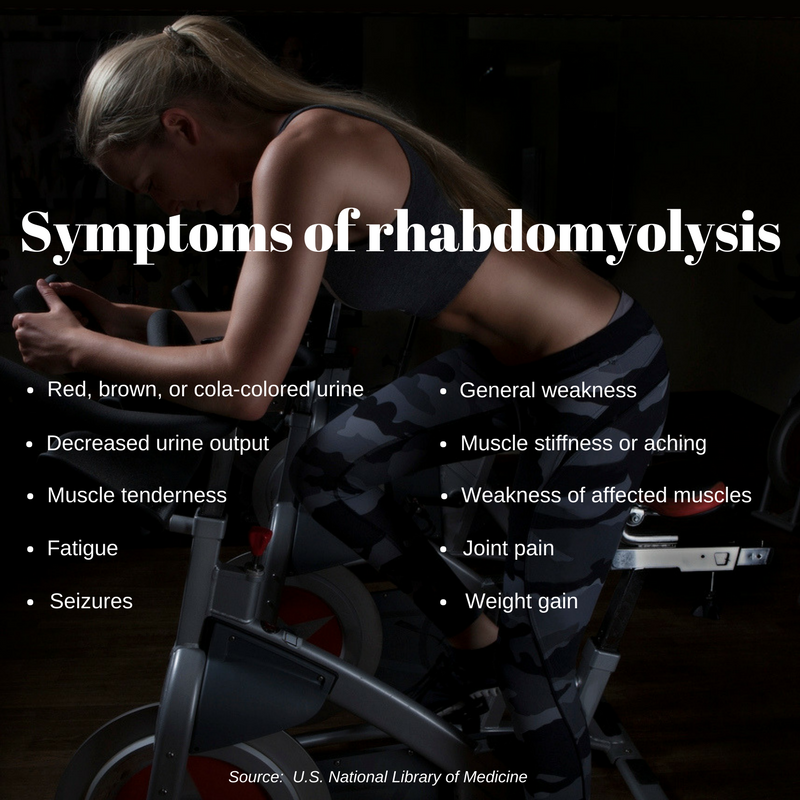 Depending on the person, rhabdo can have different causes, including illicit drug use. But most commonly, the condition develops when people exert themselves too much when trying to do high-intensity exercise, often for the first time.

The American Journal of Medicine recently highlighted cases of rhabdo among people who took spinning classes. Of the 46 cases examined in the article, 42 came from people who were taking a spinning class for the first time.

David Wein, chief of emergency medicine at Tampa General Hospital, said rhabdo is something that the medical community has known about for a long time. “I think previously it was more common to hear about it with military recruits or certain other very serious endurance athletes,” he said.

But as extreme exercise has become more popular, rhabdo cases have started to show up more often.

“It seems that it’s coming up more with CrossFit,” Wein said. “Exercising is a good thing. Exercising hard can be a good thing. But at the same time, we want to be able to listen to our bodies. When we feel something that’s really abnormal, we need to stop and assess that.”

Although CrossFit is a mostly positive activity for its participants, there can be a dark side to the CrossFit community, where over-exertion is sometimes celebrated.

“At times, there seems to be a little bit of a subculture among CrossFit that, in some cases, seems to encourage this over-exertion a little bit.”

Case in point: Rhabdo the Clown, aka Uncle Rhabdo.

This internet meme often features an exhausted clown, bleeding and sometimes vomiting from extreme physical exertion. The New York Post, not known for its subtle headlines, explored this phenomenon in an article titled “Can CrossFit kill you?”

The New York Times explored the condition in an article titled, “As Workouts Intensify, a Harmful Side Effect Grows More Common.”

So how do you know when you’re pushing yourself too far?

Whether you’re involved in a spin class, CrossFit, or any other form of hard exercise, the point, Wein said, is to listen to the feedback your body is giving you.

“It’s a lot like any injury in sports,” said Wein, who stays in shape by running. “There is certain pain that you have to push through, and that’s okay. But there’s another kind of pain where your body is telling you to stop doing what you’re doing.”

And no matter where you are in your journey to get in shape, you have to “listen to your pain,” Wein said.

“When I run, my foot may start hurting, and then my knee may start hurting,” he said. “But, at the point when it hurts more than it should, it’s time to slow down. You need to stop when it doesn’t feel normal.”

But you should never let fear of rhabdo stop you from exercising, Wein said.

If your body starts reacting negatively to your exercise, it’s a signal to be careful. “Cut your pace or decrease the weight you’re lifting,” Wein said. “And sometimes, you just need a day of rest.”

Couch potatoes, take heed: If you don’t want to end up looking like Rhabdo the Clown, plan your exercise regimen carefully.

“If you’ve been on the couch all year, don’t decide you’re running a marathon tomorrow,” Wein said. “Start with a training for a 5K and work your way up.”