Hate Seasonal Allergies? We Do, Too. 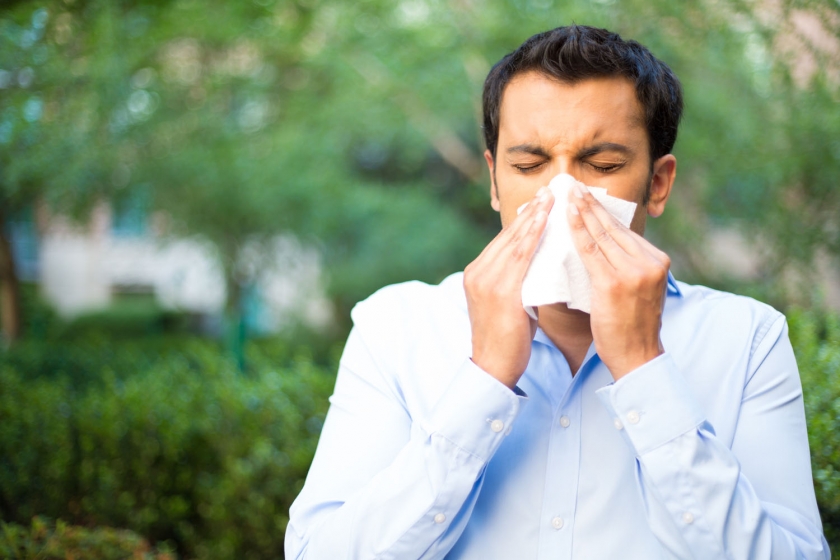 Ah, spring. The lengthening days sun-kissed with warmth, the first flowers blossoming into rosy blooms, the warbling bird call on a sweet evening.

And then there’s the omnipresent dusting of slime-green pollen, coating your yard, your car and just about everything else, reminding you – not that you need it – that your life has become a sneezy, headachy, snot-filled vale of endless suffering.

Patel knows your symptoms: “They have runny nose and itching in the nose, congestion, sneezing, a dry cough, post-nasal drainage, throat itching, red and watery and itchy eyes…”

He could go on. But instead, he offered advice. The best way to short-circuit allergy attacks is to keep them from happening.

Your first step is to avoid exposure to pollen:

For people with mild to moderate allergies, over-the-counter medications can help alleviate symptoms. Patel generally recommends steroid nasal sprays, such as Flonase and Nasocort, over pills, such as Zyrtec, Claritin, and Allegra, but individual response varies.

“The good thing about nasal sprays is that it’s a steroid, but it acts locally, so it doesn’t get into your blood circulation,” he said.

If over the counter products don’t help, your doctor can prescribe other medications. And, if that doesn’t work, go to an allergy specialist for some tests to determine your allergy triggers and a series of allergy shots.  Shots mean frequent doctors’ visits, but are often effective.

“You get a low, low dose of the allergen and go up slowly, so your immune system doesn’t react,” Patel said of shots. “It’s desensitizing that allergy. That works well, but it is a bit more cumbersome.”