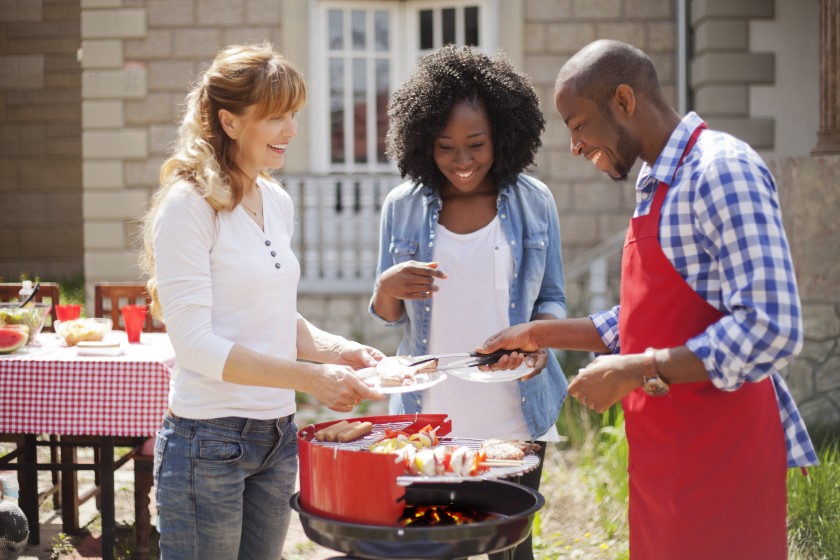 You get to the party a tad late and it’s the first thing you see on the buffet table.

But don’t be so hasty. As tempting as that salad looks, it could spell trouble.

Perishable food that’s been sitting out for more than two hours could be a petri dish in the making. If you indulge, you may end up paying a price.

“Food poisoning is pretty avoidable if you just pay attention to some simple rules,” said Jamie Vespa, MS, RD, LD/N, a Tampa General Hospital dietician who also has her own food blog, Dishing Out Health.  “Unfortunately, it happens a lot more than it should because we get a little lax.”

About 48 million people get food poisoning in the US each year. About 128,000 are hospitalized and 3,000 die. The elderly, pregnant women, the very young, and people with weakened immune systems tend to be most vulnerable.

As a food blogger, Vespa spends a lot of time in the kitchen, where food safety begins. Cleanliness is the best weapon for prevent food-borne illnesses. Start with washing your hands, and always thoroughly wash all produce – even before you peel it.

Use different cutting boards for meats and vegetables, and keep them carefully scrubbed, too.

Other important rules to remember for having cookouts:

So how do you avoid food poisoning when it’s out of your control? Vespa says this is the time to make your own judgment calls. With food trucks, for example, she only orders items that are cooked. If she’s at a party where perishable dishes have been sitting out too long, she offers to move them into a fridge. At her own gatherings, she provides ice-filled coolers beside the serving tables for food that needs to be kept cool.

Food poisoning, caused by bacteria or a virus, typically erupts within eight to 72 hours. Most of the time, it’s self-treatable and will work its way out of your system.

“It all depends on the kind of bacteria you consume. Some bouts come on quickly; others take their time to colonize and linger,” Vespa says. “The best advice is to stay hydrated and drink liquids with electrolytes, like Gatorade or coconut water.”

When you’re ready to ingest food again, ease into it. The bland BRAT diet is best – bananas, rice, applesauce and toast.

Follow recommended precautions, but don’t let fear and paranoia take away the joy of eating. As a dedicated foodie, Vespa gets great enjoyment out of creating healthy meals in her kitchen and dining out.

“Just be alert and sensible,” she says. “Good food is one of our greatest pleasures.”