Creepy, Crawly Critters: What You Need to Know about Ticks 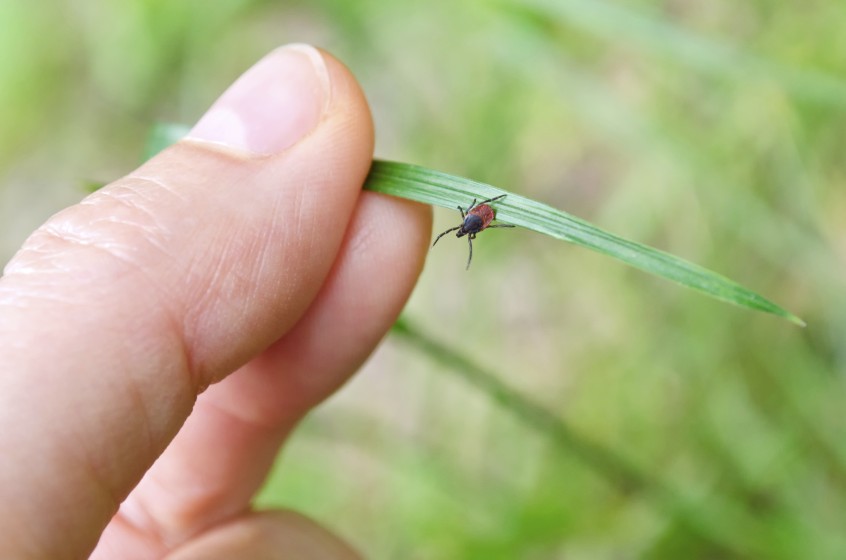 No one likes to think about ticks. But as disgusting as they are, you’d better educate yourself. The tick’s arrival is a rite of spring and a summertime curse. Floridians who venture outdoors, especially in grassy fields and wooded areas from the Panhandle to Gainesville, are a favorite target of these pesky bugs.

Truthfully, you’re not always safe indoors. They hitchhike on clothing and pets to get inside your home.

Americans spend $379 million annually on products to keep Fido free of fleas and ticks. This works – for dogs. When the little critter realizes there’s a repellent on the animal’s skin, he moves to the next environment.

That could be you.

Once they take up residence on your body or nestle into your hair, they become vampire-like, feasting on your blood with their own built-in feeding tube. Worse, they are stealthy invaders. Ticks can secrete tiny drops of saliva with anesthetic properties, making you unaware of their presence.

A tick bite can lead to any number of diseases caused by viruses, bacteria or parasites. Dr. Douglas Holt, an infectious disease specialist affiliated with TGH and the USF Health Morsani College of Medicine, says not every tick carries an illness. And when you do get infected, it’s likely to be mild.

“They (the diseases) all look a little different, but several of the symptoms are the same. For starters, you’re going to be feverish and achy,” said Holt, who also is director of the Hillsborough County Department of Health.. “That’s why a lot of people mistake it for a bad case of the flu.”

All are treated with a course of antibiotics, Holt says.

The tenacity of a tick hits close to home for Holt.  When his daughter was 4, she complained of having an earache. Her grandmother did some probing around, and sure enough, found a tick lodged in her ear. It took an emergency-room visit to remove the invader.

Experts agree that prevention is the best way to avoid tick-borne disease. Some suggestions offered by the Florida Department of Health:

What if you find one of those little buggers attached to your skin? Here’s what you don’t do. Don’t use a match, nail polish or petroleum jelly. Those methods aren’t recommended because the ticks can take too long to detach.

Instead, remove it immediately with a pair of tweezers by pulling it upward. Don’t twist or jerk the tick, or it can cause the mouthparts to break off or stay attached to the skin. Its fluids may contain infectious organisms, so crushing a tick is a no-no.

After the removal, disinfect the bite site and wash your hands thoroughly. Put the tick in a plastic bag and freeze it for about two or three weeks, just in case you become ill. Your doctor will need it for identification and to send to a lab for a test.

Holt doesn’t want people to fret too much about tick bites, at least to the point where it spoils the fun of enjoying nature.

“Take the precautions and you’ll be fine,” he says. “To be honest, mosquitoes are a much bigger worry in Florida. But that’s another story.”

- Michelle Bearden is a contributor to TGH Health News.